Welcome to Right at Home East Lancashire and Ribble Valley

This year marks the 75th anniversary of Victory in Europe Day. Whilst the UK may not be able to carry out its planned celebrations, we want to ensure the day gets the recognition it deserves as we remember those who bravely fought for our country. Here, we look back on some of the incredible WW2 experiences of our Clients.

The Fighter Pilot
During the war, Mike had been an RAF fighter pilot. He says, “I wasn’t old enough to drive a car when the war broke out, but there I was, at 17, learning to fly planes. I was trained to fly some of the UK’s most amazing planes, like the Mosquito, the Hurricane, Wellingtons and the Lancaster. I remember I’d been sent out on one ‘job’ and ended up crashing in a field because of engine failure!”

Every year, Mike joins fellow WW2 crew members at the annual Project Propeller reunion – although this year, they won’t be meeting. “This gives us a chance to see each other, and to once again fly our old planes. The only plane I never had the opportunity to fly during the war, was the Spitfire. It is, like for a lot of people, one of my favourites. But for my 90th birthday a few years ago my family arranged for me to fly one!” 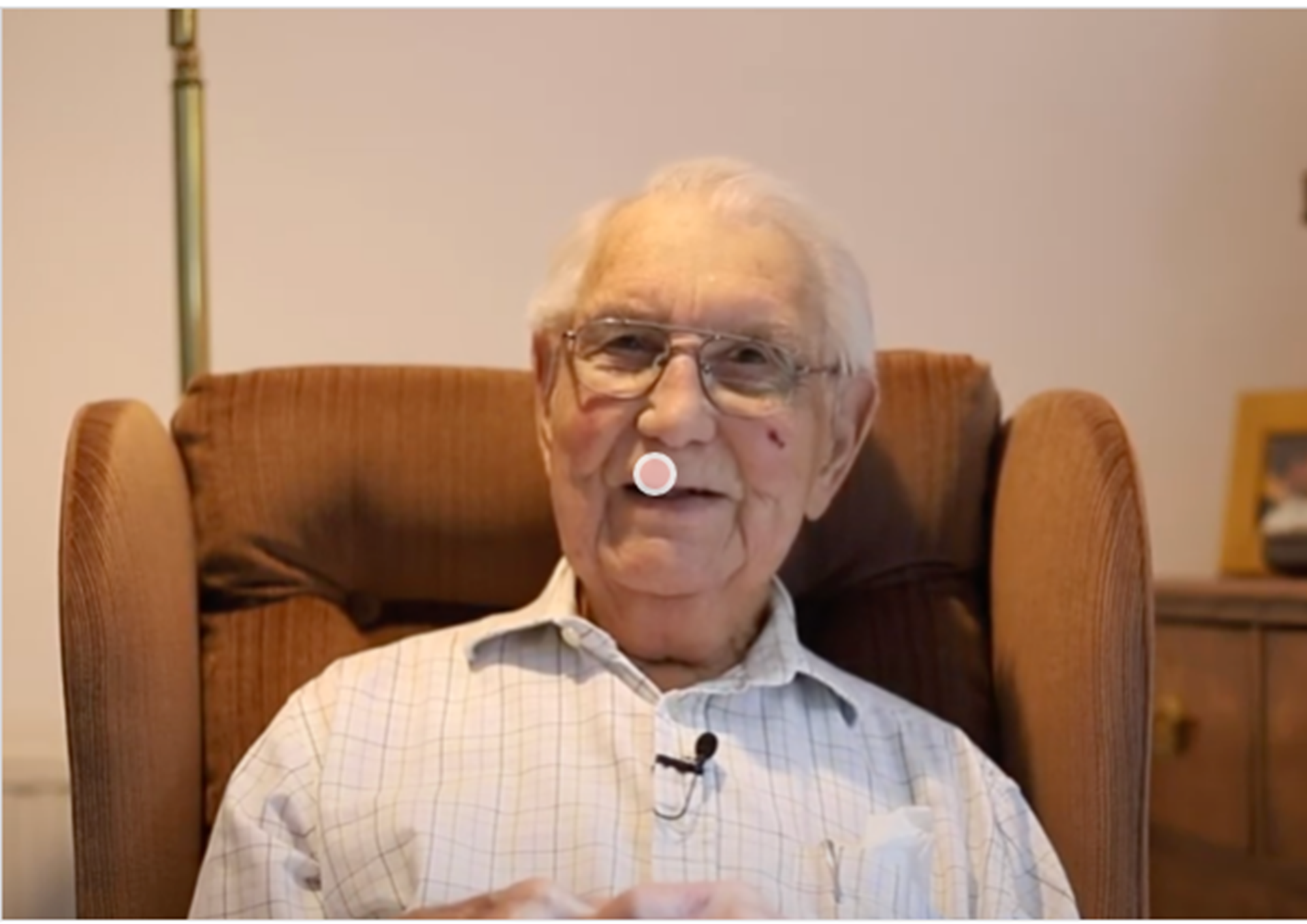 The Prisoner of War
As we remember the 75th anniversary of VE Day, we remember Ifor Griffiths, who sadly passed away on Tuesday 28 April 2020, aged 99. For our carers to have heard his story, is to know his first-hand appreciation for those who paid the sacrifice for our today.

During the war, Ifor had been involved in a few sobering brushes with death. “Early on, I was sent to Kiev, but was taken ill quite severely. I should have been sent back to the UK on the Maid of Kent Hospital Ship, but for some reason they ended up sending me to France on the hospital train instead. One of the best decisions ever made for me! In a Luftwaffe attack on Dieppe Harbour, the Germans bombed the Maid of Kent, sinking her and everyone on board.”

When he made it to France, Ifor was one step closer to getting to Southampton for treatment. “We were at the port, where the Lancastria Cruise Liner was docked off the coast. This huge liner was due to take us back to the UK, as part of Operation Ariel. But she was too big to dock, so local fishermen were ferrying the injured to her.

“No one knows how many crew or injured servicemen had made it on board, when the Germans bombed her, right in front of my eyes.”

Once recovered, Ifor was sent to the Middle East. “We arrived in Egypt and were met by the Italians firing at us. They weren’t as strong as their allies, so we soon pushed them back. The Germans joined the fight and, using their tanks and heavy artillery, soon overpowered us, driving us back to Libya, and taking us prisoner.

“We were sent to a large, primitive POW camp in Italy, and although we were on starvation rations, we were largely left alone by our captors. In 1943, the camp was liberated by the Brits and Americans, but this angered Germany even more, and the Battle of Monte Cassino was bitter and fierce. We were shipped off to Germany and put to work in one of the POW camps – a direct violation of the Geneva Convention. The Germans had no oil supply, so they built a factory and were expecting us to convert brown coal to oil.”

As the British army and her allies didn’t want Germany mass producing oil, the factory where Ifor was a POW, was regularly raided. “During the first raid, I’d become gravely ill with hydrogen sulphate poisoning, so was recovering in one of the barracks. Next thing I knew, I was flying through the air before landing in a hole created by the bomb.”

Although his lungs were damaged by the blast, Ifor had a third lucky escape when he realised what had happened to his campmates. “The gang with whom I’d been working had been taken down into an air raid shelter. It took a direct hit. They were all killed.”

Ifor shared his stories with us in November last year. It was an honour to hear him reflecting on his amazing life; he will be sadly missed by all who knew him.

VE Day 1945 wasn’t a celebration for everyone
When he joined the army, Joe was in the 43rd Division of the Royal Signals that joined with the Polish Parachute Brigade for Operation Market Garden. However, like most of those on the ground, he was wounded on the battlefield. “I’d been shot. My right leg was shattered, and I was in a bad way. The Medic, Eric, saw I was in huge difficulty. He injected me with morphine there on the field, so he could stop the bleeding without me screaming and giving away to the Germans where we were.

“I should have been taken to a hospital in Amsterdam, but somehow, ended up in a convent! This put both my life, and the lives of the nuns at great risk – if the Germans had caught them with a Brit, they would have been shot. We all would have been. Fortunately, they managed to transfer me to the hospital, about three miles away. However, in order to get me back to the UK, a bit of coordination and a huge amount of luck was required! The Germans had sieged the main route out to the American Airbase, where I was supposed to have been picked up. So, me, along with a few other injured servicemen, were laid out at the side of the road, and left there to wait to be picked up by an American aircrew.

“Back in the UK, I was told shrapnel had been removed from my head. More than that, my leg had become infected and needed to be operated on. On May 7 1945, as I was being wheeled into surgery, one of the nurses told me, ‘You have to be OK for the celebrations tomorrow!’ I remember thinking I didn’t want to be. I didn’t want to celebrate.”

As he reflects back on that original VE Day, Joe wishes he had celebrated when his bed had been wheeled out onto the hospital courtyard and a beer placed in his hand. “At the time, I think I was quite low after everything I’d been through. But this year, along with my fellow survivors of the war, I will be celebrating how precious life is.”

These are just a selection of stories we’ve heard from our Clients. We look forward to taking a walk down Memory Lane with them this weekend and listening as they share, first-hand, their VE Day experiences.

Hear from Mike, Ifor, and Joe, in their own words, as they recall their memories of WW2.